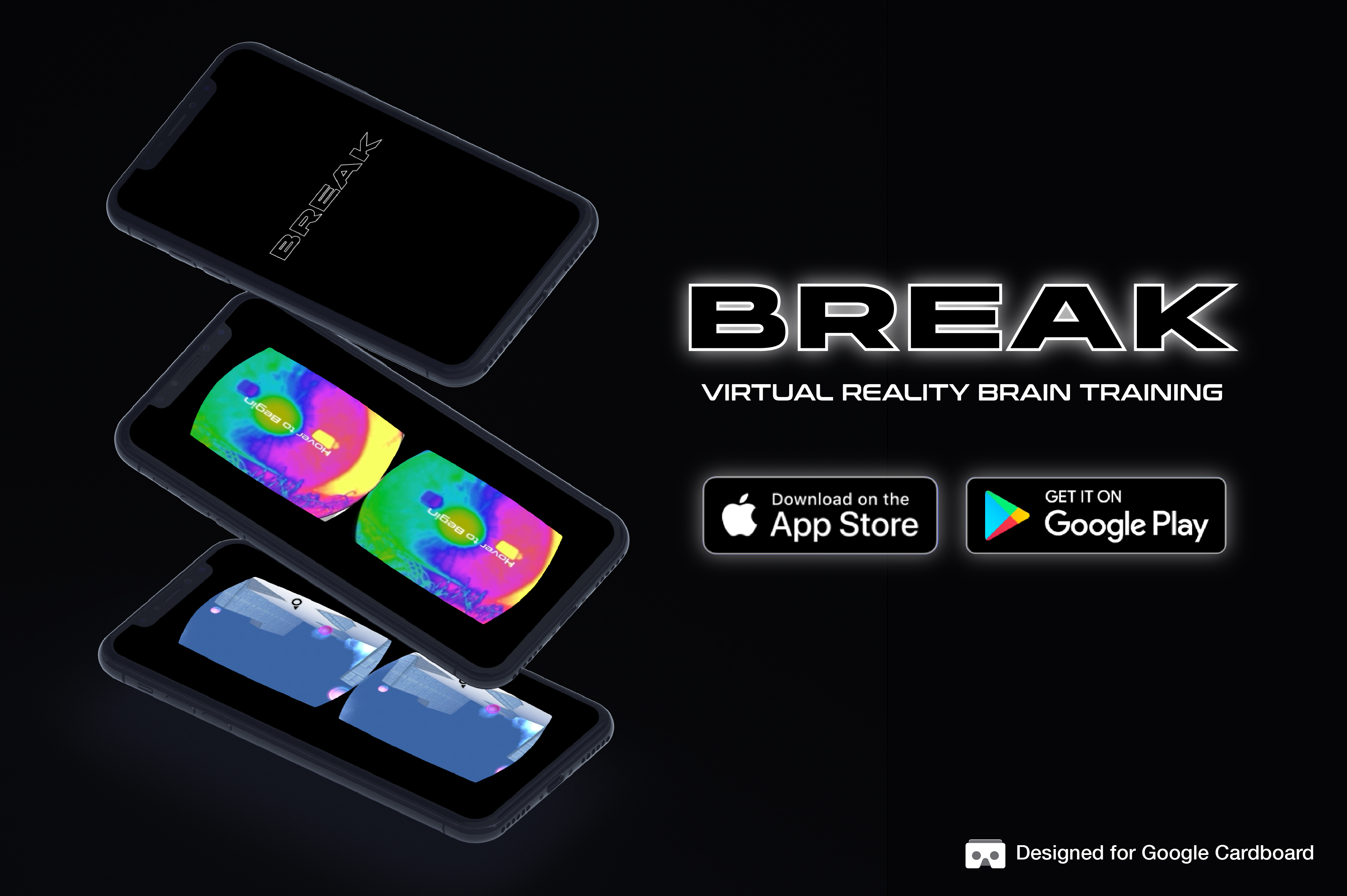 Break is a virtual reality game designed to train the brain to increase reaction time and spacial selective attention. The game is similar to first-person-shooter games where the cursor is used to eliminate orbs within the 3D space. It is targeted towards Gen Z’s whose daily life from inception is intertwined heavily with technology, and it is an intervention to improve aspects of cognition that are deteriorated with information overload generally experienced with heavy digital media use. Break is designed to be played using the Google Cardboard technology whose interactions are limited to hovering the cursor on objects in the game, and one clicker at the top of the headset. While in the game, orbs appear in the player’s point of view and the player is simply required to turn their head to hover the object with the cursor, and it will result in a successful point. However if the player fails to hover over the cursor and instead turns away from the orb, it will result in a missed point. The game concept is about breaking out of the simulation that is our real life. This stems from theory called “simulation hypothesis” which proposes that our realities are an artificial simulation, such that of a computer game. At the inception of the game, the user is taken through an experience that is meant to simulate “breaking” out of our realities and into a new one, that is more calm, which parallels with the environment needed for brain training through various activities. In this new environment, the user is able to focus on meditation by paying attention to the music and being present within the environment.

This document is designed to convey the concepts of the virtual reality game. It features content such as target audience, game platform, game concept, game play, game art, technical aspects, and game evolution. The game brand is multi-colored to represent the concept of inter-dimensional travel, however, the game itself (destination after the travel) is calm and muted in color.

The motion graphic takes you through the game from the moment the user opens the app, to playing the game in virtual reality. The beginning animation is meant to simulate escaping the simulation of life and to entering into another environment that is calming and ideal for brain training.