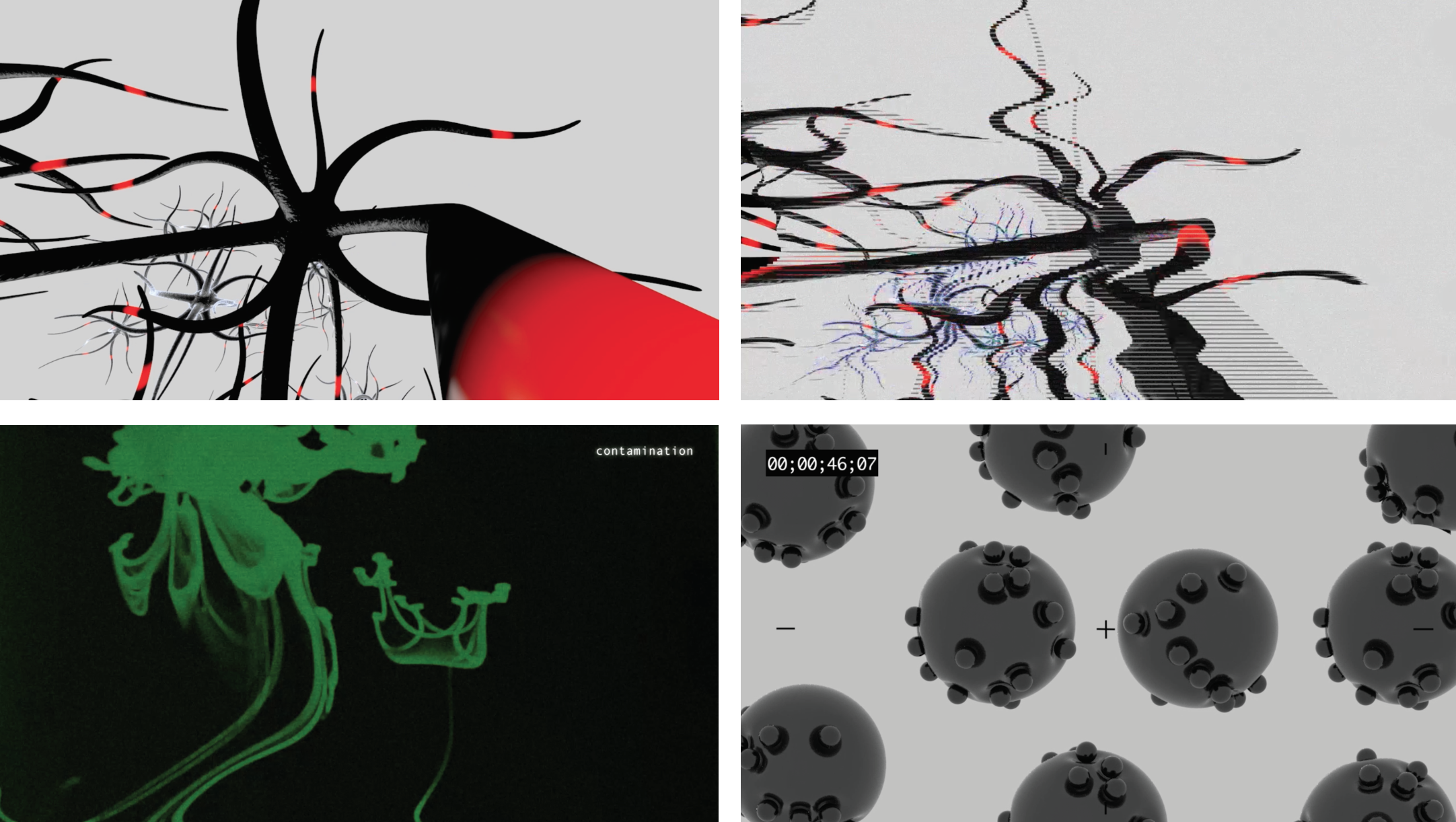 The video Contagion is an abstracted dissection of disease as a concept. In order to successfully implement the vision, the research of movie title sequences was necessary. The video shows the spread of disease on a molecular level in the setting of a laboratory. The scenes, such as the green scanning screen and the cells under a microscope are rendered in a way that would suggest this setting. This adds an invisible human character to the video, which gives the molecular objects a place of their own in the real world. This is important as it makes the video more relatable to the audience. The purpose of this video is to invoke emotion. The look and feel of the composition radiates a sci-fi theme that works together with the eerie sound effects to make the viewer feel scared or uneasy. In order to direct the interpretations, text is added around the edges of the scenes to give the elements of the video a clearer context. The words “diagnoses, infected, and contamination” are used so the audience is able to connect the visuals with those concepts. The colour palette for the video varies in contrast. The crisp white background in most of the scenes is to hint at a clean laboratory setting, and the dark blacks and greens of some of the other scenes contrast this. Music was omitted in the creation of this video as each scene varies in style, and the strongest unifying factors within them are the sound effects.